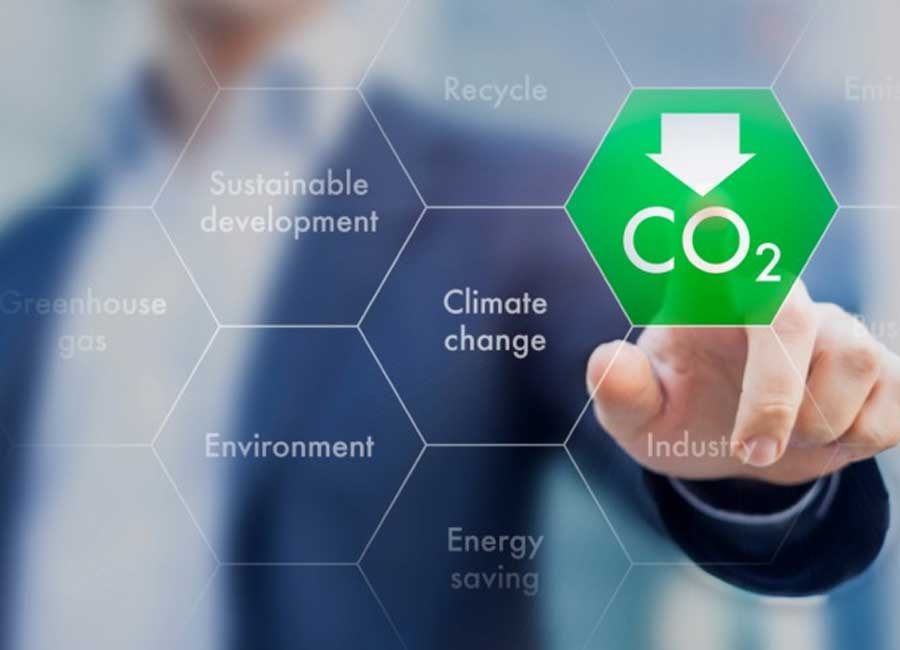 THE NEED FOR EMISSION REDUCTION

Life on earth is made possible by energy from the sun, which arrives mainly in the form of visible light. About 30 per cent of sunlight is scattered back into space by the outer atmosphere, but the rest reaches the earth's surface, which reflects it in the form of a calmer, more slow-moving type of energy called infrared radiation. (This is the sort of heat thrown off by an electric grill before the bars begin to grow red.) Infrared radiation is carried slowly aloft by air currents, and its eventual escape into space is delayed by greenhouse gases such as water vapour, carbon dioxide, ozone, and methane.
Greenhouse gases make up only about 1 per cent of the atmosphere, but they act like a blanket around the earth, or like the glass roof of a greenhouse they trap heat and keep the planet some 30 degrees C warmer than it would be otherwise.


Human activities are making the blanket "thicker" the natural levels of these gases are being supplemented by emissions of carbon dioxide from the burning of coal, oil, and natural gas; by additional methane and nitrous oxide produced by farming activities and changes in land use; and by several long-lived industrial gases that do not occur naturally.

These changes are happening at unprecedented speed. If emissions continue to grow at current rates, it is almost certain that atmospheric levels of carbon dioxide will double from pre-industrial levels during the 21st century. It is possible they will triple.

The result, known as the "enhanced greenhouse effect," is a warming of the earth's surface and lower atmosphere. The IPCC assesses with very high confidence that the globally averaged net effect of human activities since 1750 has been one of warming. The ‘best case’ computer climate models estimate that the average global temperature will rise by 1.8° C to 4.0° C by the year 2100. A temperature increase of 0.74° C occurred last century and for the next two decades, a warming of about 0.2° C per decade is projected should greenhouse gas emissions continue to rise at their current pace and are allowed to double from their pre-industrial level.

A rise in temperature will be accompanied by changes in climate in such things as cloud cover, precipitation, wind patterns, and the duration of seasons. In its Fourth Assessment Report, the IPCC projects that heat waves and heavy precipitation events are very likely to increase in frequency in the 21st century. In a world that is crowded and under stress, millions of people depend on weather patterns, such as monsoon rains, to continue as they have in the past. Changes, at a minimum, will be difficult and disruptive.

Carbon dioxide is responsible for over 60 per cent of the "enhanced greenhouse effect." Humans are burning coal, oil, and natural gas at a rate that is much, much faster than the speed at which these fossil fuels were created. This is releasing the carbon stored in the fuels into the atmosphere and upsetting the carbon cycle, the millennia-old, precisely balanced system by which carbon is exchanged between the air, the oceans, and land vegetation. Currently, atmospheric levels of carbon dioxide are rising by over 10 per cent every 20 years.
Lighting is one major area of electricity consumption and it is estimated that about 19% of global electricity is consumed for lighting. This comprises of both indoor and outdoor lighting. Manually controlling the lighting circuits is laborious and is prone to errors and unaffordable costs calling for reliable automation systems to save on cost and energy. Dynamically dimming the HID lamps offers an opportunity to conserve more intensely during late night or off peak hours.

The lighting automation offers a substantial scope for conservation and there by contributing to reduction of Green house Gases. Many of the efforts are being recognized under Clean Development Mechanism called CDM leading to grant of Carbon Credits either as CER's or VER's eligible for carbon trading.

The problems with earlier photo sensors

The experience regarding timers.

Many timers mostly mechanical type are available in the country and many users have resorted to them as next best solution due to poor performance of light sensor based Automation solutions in India. However due to the inherent conceptual limitations coupled with their poor design approaches the performance of timers is not really satisfactory. Power failure and interruption have also called for resetting of clock in some timer models, which calls for a laborious service that negated the very purpose of Automation. These timers invariably need a contactor to handle a load of even 2 kW thus pushing up the cost. The frequent need to change the setting due to changes in seasons has made them really semi-automatic in the real practice. The only advantage, which a timer enjoys, is that it can be a part of the panel and so the outdoor-induced factors like dust, rain etc are minimized. One factor, which a timer can never solve, is the day to day dynamic variations in a particular season due to factors like cloud cover, rain etc in the evenings or mornings which cannot be predicted in the present state of the meteorological knowledge.